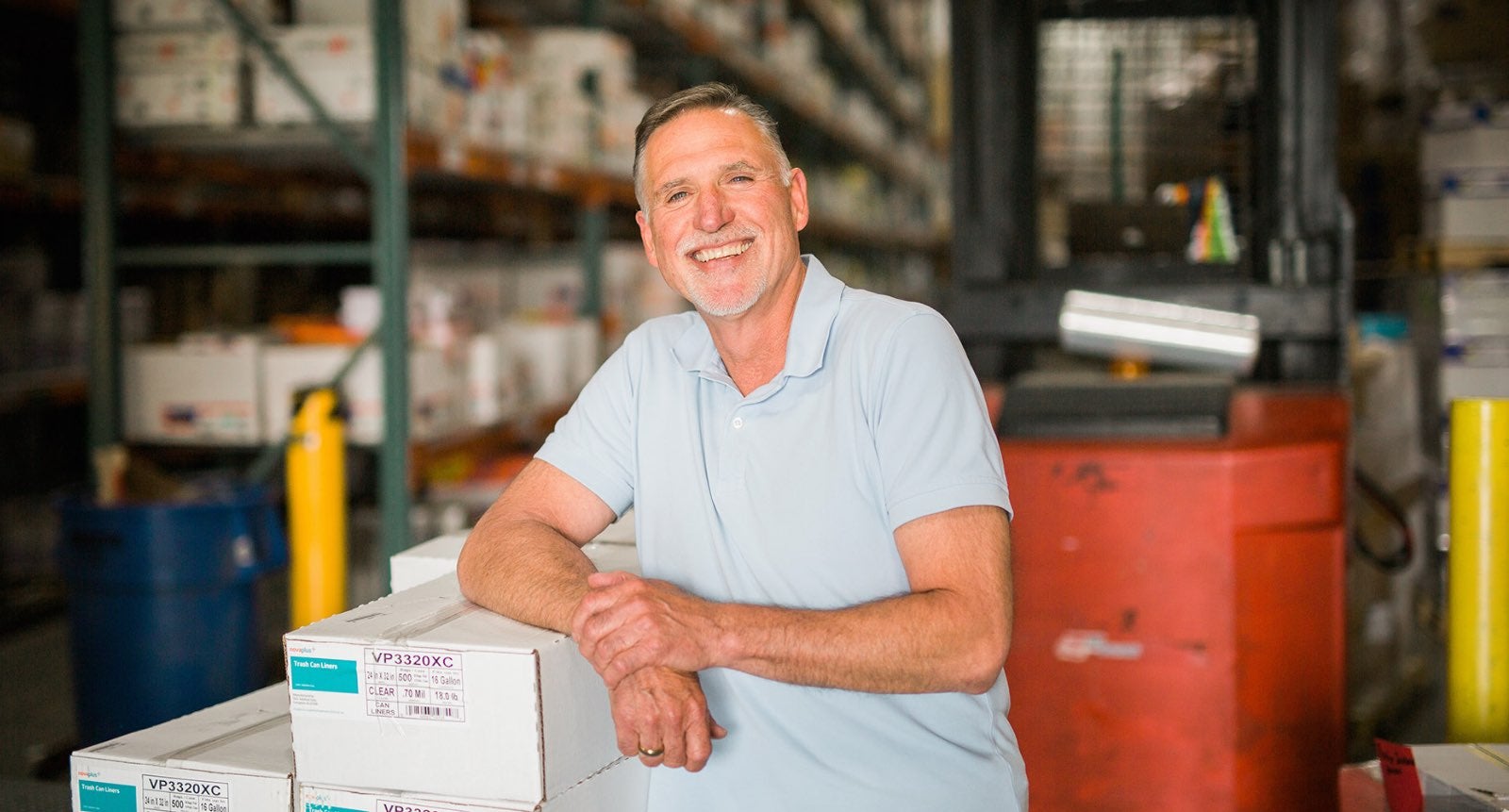 Over 40 Years of Serving WCP Customers

We’re excited to share Dana Hahn from our northern-most division WCP Anchorage as this month’s employee spotlight. Over his career, he has built meaningful relationships with customers, co-workers, and suppliers. For many, he is considered family. His work ethic and strong values have made him an invaluable part of the WCP team.

Having his roots based in a small family farm in Iowa, Dana has a keen sense of the value of family. But after completing his associate’s degree in marketing, he decided to leave home and answer the call of adventure in Alaska. In 1978, Dana drove from Iowa to Anchorage with nothing but $600 and his farm-grown work ethic.

Once in Anchorage, he met with a printer who led him to Jim Wagner at Alaska Paper. After acknowledging that $600 was not going to get him far, Dana spoke with Jim who hired him on the spot. Alaska paper a part of the WCP family at the time was started as a partnership between Pierce Cartwright and our founders the Abrams Family. In 2000 Alaska Paper became an official division of WCP.

With more experience with a bale of hay than a ream of paper, there was a large learning curve that Dana approached with enthusiasm. The fact that WCP Solutions is family owned was fuel to his passion. According to Dana, the involvement of the family was “something that he could relate to and feel at home with”.

He started working in the warehouse but quickly moved into the office to work on purchasing, customer service, and inventory. Back then orders were written on the first generation IBM Selectric typewriter on a 3-part carbon interleaved invoice while inventory was monitored via a cardex system. Dana soon became a part of the sales team and made a call to a print shop. It was love at first sight. Everything about the process right down to the smell of the shop fascinated him and ever since he has been all in. It will be 41 years in July since he started with the company.

The Anchorage Paper Show was first organized by Dana in 1992 and has become an annual event. There are many paper shows across the country but only one that is consistently referred to as the best, a real credit to Dana and our supportive printing paper suppliers.

In the 41 years of working with the company, Dana has one memory, or person, that stood out:

“Greg Wilcox was the other full-time salesperson here when I started and he really spent a lot of his time mentoring me. He was only here for my first two years but working with Greg is still my favorite work memory. He left here and started Frontier Paper Company, which we acquired in 2015 when he retired. And now I work with Greg’s son Matt which is proving to be as much fun as working with his dad.”

Family has always been the core of what Dana does at WCP and, in many ways, he has extended the family through the relationships he’s made.

“I have had a lot of my customers for close to 40 years, so we really kind of grew up together. We just all taught each other along the way. Of course many are now owned by the next generation as they retired. How great a job is this? I call on my friends and help them solve problems!

Mortal Man or Paper God, few have risen to this unprecedented height. Just spend five minutes with this legend and decide for yourself, I think you’ll find the latter is more accurate.
William G. – WCP Anchorage – Customer Service

I love to hear his stories about the ‘old days’. Especially the one about his first trip to Kodiak, with no rental car and wearing a three-piece suit. It’s interesting how they used to send a full van down on the boat and make deliveries while visiting there. It is really good stuff. He is such a wealth of knowledge. I don’t think anyone knows more about paper than Dana.
Victoria B. – WCP Anchorage – Account Manager

Dana is the most knowledgeable person I have ever met when it comes to paper and our industry as a whole.
Louie A. – WCP Anchorage – Account Manager

One word describing Dana – it’s “dedication”. His years of industry experience and willingness to share that expertise with customers, designers and co-workers truly set him apart from our competitors. We are fortunate to have such talent within our organization.
Marilou H. – WCP Portland – Dir. of Training

Learn more about WCP and our history of customer service by visiting our about page.
Want to work alongside awesome people like Dana and the rest of our team? Visit the WCP Career Center.
Photo by Carson Baldiviez