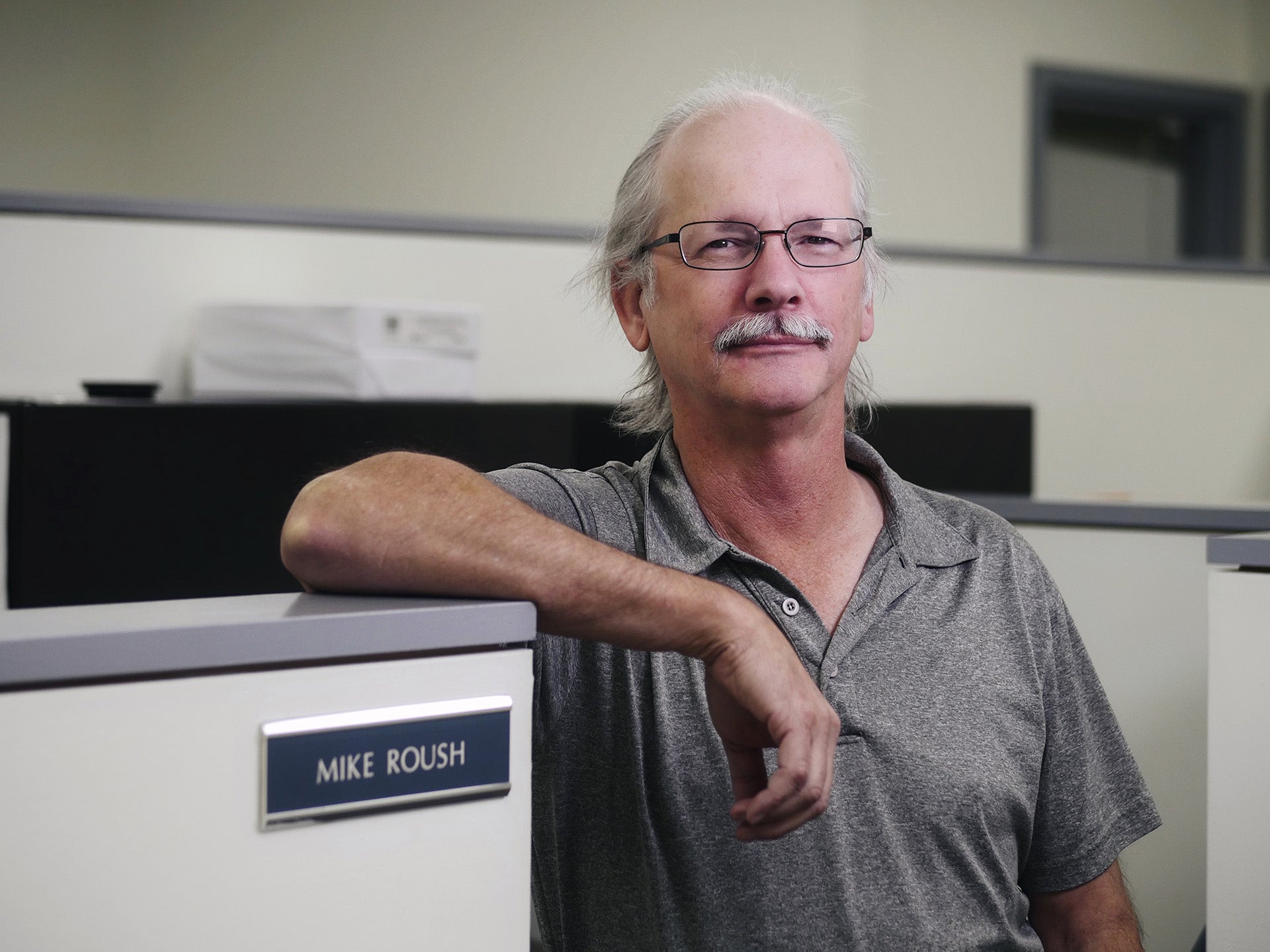 Three Plus Decades of Teamwork

This month we’re shining a spotlight on WCP Solutions’ Mike Roush, an IT specialist in our Kent Division. Mike has been with the company since 1982 when he worked for Alaska Paper, a company that later became part of the WCP family. Mike’s been in our Kent Division since 1998 and has spent over 2 decades as a team player, creating relationships with colleagues and vendors along the way to help make his mark on the company. He has demonstrated a level of stability, calm, and service that his co-workers have come to depend on.

After growing up in Southern California, Mike’s family moved to Oregon. Following High School, he started working in the warehouse for a little company in Medford called BWF Paper. In 1982, Mike and his wife packed up the car and drove up the ALCAN where he joined Alaska Paper, working in the warehouse. He moved into Purchasing and eventually got the task of managing the new HP computer system. Mike returned to the Northwest and joined the Kent office in 1998 as an Industrial Merchandiser, later moving back into the IT department in Kent where he’s been ever since.

Mike says the best part of working at WCP is the people he’s had the opportunity to work with. As vendors, customers and co-workers have become good friends, he’s particularly proud of the team effort at the company. Mike also loves it when Dick or Teresa is in the building and stops by to say hello, bringing their family-run business to life.

With 37 years at WCP, Mike shares his favorite memory:

“Shortly after I came down to Kent, one of our employees had a little window pop up on his PC telling him he had a virus. As it was rapidly spreading to every computer in the building, one of my co-workers was running down the aisles yelling ‘Pull The Plug! Pull The Plug!’ Thankfully, we have a better process in place now, but that is something I will probably never forget.”

Mike is one of my heroes at WCP and I am proud to share that we have worked closely for more than a dozen years. He will quickly do his “magic” to extract information in a usable fashion and will happily assist when something crazy occurs. Mike is a Highly Valued Tenured Team Member who is loyal, hardworking and a true asset to WCP. Mary H. – WCP Kent

Mike is always very helpful.  He responds to requests very quickly and efficiently.  He is always wearing a smile and a joy to work with. He is a great resource as he has an extensive knowledge base. Marsha S. – WCP Kent

He has always been so easy to work and it’s just a real pleasure to have him as a co-worker. (PS, he also gets me to work in the snow) Patty C. – WCP Kent

Mike is a person I’ve been able to count on over the years. He stays level headed and just gets things done. Nick N. – WCP Portland

Mike is always easy to work with, his industry knowledge is a huge value, his background in Merchandising has been a huge asset when he moved into IT, speaking of when he moved into IT he learned things so quickly he once again proved himself an asset to WCP. He does this all with a positive note and sincere loyalty to WCP … and hey, he’s just a nice guy. Scott M. – WCP IT

Learn more about WCP and our history of customer service by visiting our about page. Want to work alongside awesome people like Mike Roush and the rest of our team? Visit the WCP Career Center.