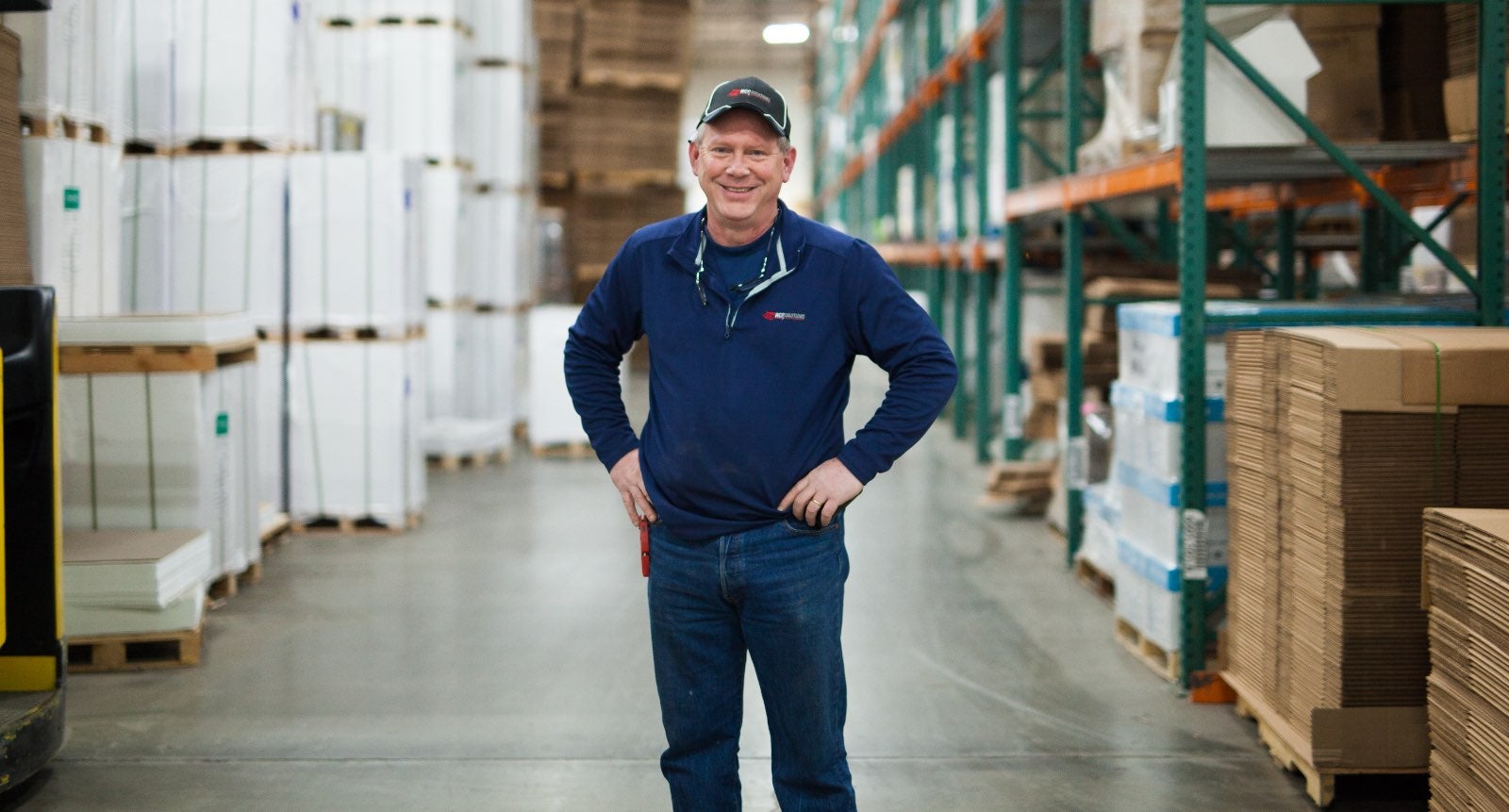 This month WCP Solutions would like to shine a spotlight onto Marc Stansfield, the Operations Manager for WCP Portland. With over 25 years of experience in operations at WCP, Marc and his team work every day to make sure customers from all of our stocking locations receive the products for their orders.

Marc grew up in Springfield, Oregon and originally started working at WCP Eugene before transferring up to the Portland division six months later. Marc loves the Northwest – and yes, even the rain. He’s an avid outdoorsman who enjoys activities ranging from the mountains to the coast.

After serving in the Air Force, Marc joined the WCP family as a driver and worked in the warehouse where he would drive up to Portland once or twice a week to pick up transfer orders. He became familiar with the Portland crew and jumped at the chance to move up from Eugene.

Marc drove the graveyard shift before moving to a day driver position where he delivered three days a week to the Redmond, Bend, and Sisters area – and the other two days to Albany, Corvallis, Monmouth, McMinnville, and Newberg. After driving for WCP, Marc became the Dispatch Supervisor where he oversaw all the trucks and drivers for Portland.

In 2000, WCP Solutions moved into the new and much larger warehouse where Marc became the Assistant Warehouse Manager. After a couple of years, he went on to accept the position of Operations Manager where he currently resides.

With over 25 years of WCP stories, Marc shares a few of his favorite memories below:

“We had a driver by the name of Johnny at the old warehouse. They were all loading one morning and Johnny was looking for some part of an order.  He was going in and out of all the trucks to see if any of us had loaded it unknowingly. While he was looking in our P08 trailer, that would be our Salem route, a 45-minute drive away, the driver for that route slams the door down, hops in the truck and drives away with Johnny in the back.  He did not realize what he had done until he opened his back door at his first stop in Salem.”

“Another funny memory was our third day in the new facility.  A receiver was putting a pallet away on the very top shelf. Everyone was still getting used to 24-foot tall racks.  He had a pallet of product that was a smidge too tall and he hit a sprinkler head which burst. He was standing in a deluge of water, completely confused while we all ran around frantically looking for a way to shut off the water.”

Marc’s favorite part of the job is the people at WCP. He enjoys the camaraderie with fellow employees and serving his customers – from Anchorage to Kent, Kennewick, Spokane, Missoula, Boise, Idaho Falls, Redmond, Eugene, Medford, Redding, Sacramento and all the way back up to Portland.

“If I had to describe Marc using one word it would be “Clutch”.  Over the years he can be counted on in those moments where you need short of a miracle to happen.”
Marilou H. – Employee Training – WCP Portland

“He has always been willing to listen and be there for his crew, and do whatever he needs to for the job to get done. You couldn’t ask for a better boss then Marc.”
Roger S. – Operations – WCP Portland

“Marc is not only a great asset for our internal operations, but he’s also a valuable resource for our customers, willing to visit, engage, and share strategies and experiences.”
Heather H. – Sales – WCP Portland

“Marc is a great leader and you will always get the respect you deserve from him.  By fighting his own way up through the trenches, he understands and appreciates what he asks of his team.”
Doug VB. – Operations – WCP Portland

“He is a great manager, some might say a hero. Personally, Marc has been an inspiration to me for more than 20 years. Marc is a resource for all, a friend to many and is always only a phone call away.”
Lisa O. – Accounting – WCP Portland

“I have known Marc for about 19 years. He loves this company and always puts the customers first. He is a caring person and a great teacher. WCP benefits immensely from having a guy like Marc. I owe a lot to him. WCP could not have picked a better person to run the warehouse.”
Ben M. – Operations – WCP Anchorage

Editor’s note: We received so many compliments from his co-workers, we weren’t able to publish them all. We’ve passed them all along to Marc to read.

Learn more about WCP and our history of customer service by visiting our about page.
Want to work alongside Marc and the rest of our team? Visit the Career Center.