Notice: As a result of concerns surrounding the COVID-19 virus, we are experiencing a surge in product demand. Effective February 24th, WCP is unable to cancel orders or accept returns. All orders will be reviewed based on demand, and we will allocate inventory based on prioritized market needs. Please contact your local WCP sales and customer service team with any questions. View COVID-19 Resources 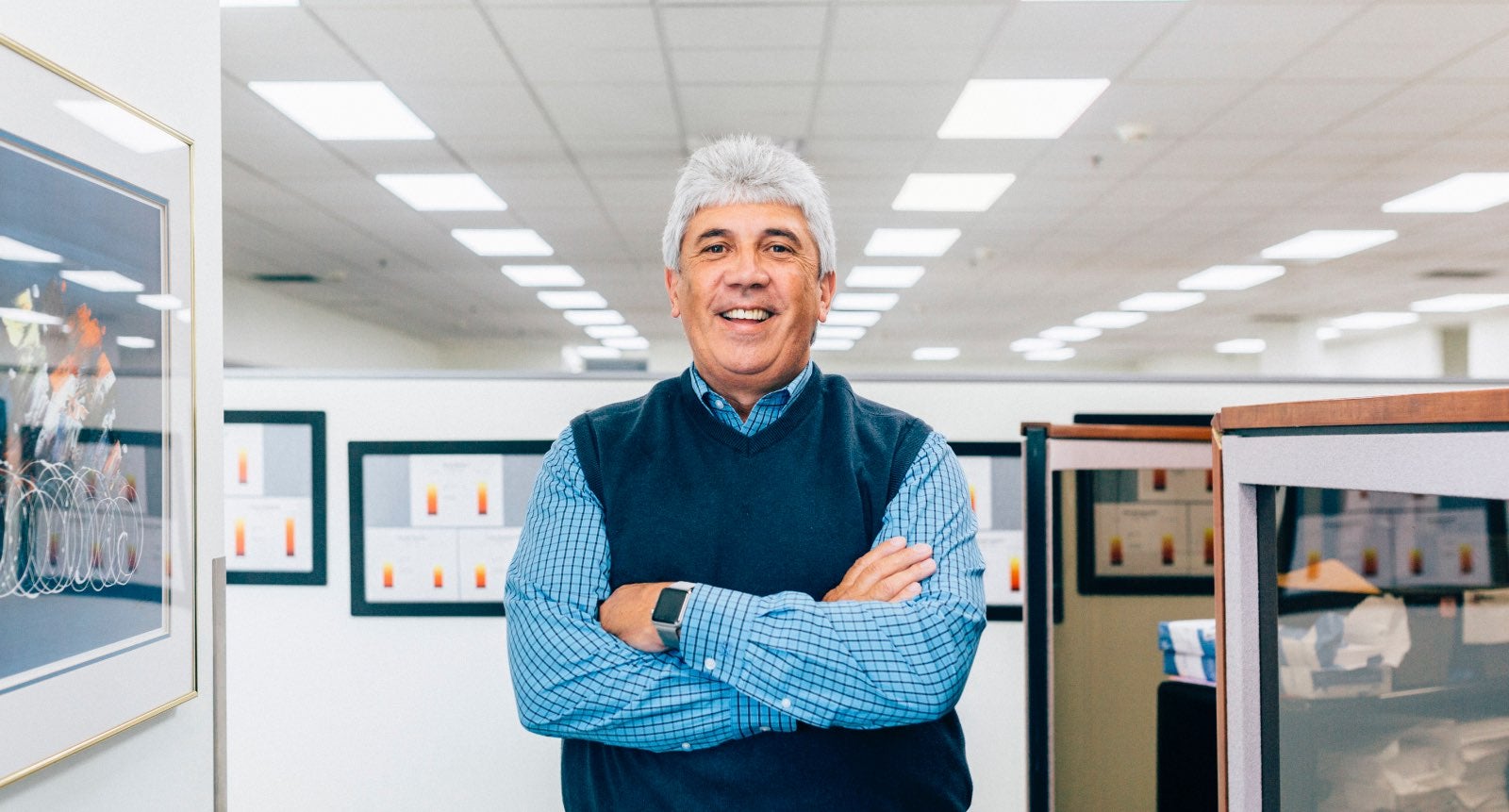 This month WCP Solutions would like to shine a spotlight onto Brian vanBlommestein, the Industrial Sales Manager for WCP Seattle. With over 18 years of experience at WCP, Brian and his team work tirelessly to support new and emerging WCP customers in the Seattle area and beyond. Brian has a talent for motivating his team and developing the skills of our new account managers as they grow in their careers.

Brian came over from South Africa where he was hoping to play soccer but obviously, he was too talented (wink wink) and after traveling through Europe to Sacramento, he ended up in Tacoma, Washington.

He started selling cars and found that his talents flourished by building relationships with people and helping educate them. After a stint in car sales, he followed his sales manager in the car business to Standard Paper in 1980 where he worked for 18 years. The company was sold, and he stayed on for another five years before he heard about a hiring opportunity at WCP.

Brian started working at WCP in 2002 where he led a small sales team which consisted of five people. Over an 18-year period, Brian has built his Seattle based sales team into an exceptional group of 25 hand-picked account managers with an impressive sales and growth track record built on serving our customers.

After 18 years of products, sales, and relationships, Brian decided it was time to retire. His loyalty, tenacity, and support for his staff have led to a successful career at WCP Solutions and a lasting legacy. Brian will be working with our team through the rest of 2019.

With over 25 years of WCP stories, Brian shares a few of his favorite memories below:

“One of my funniest memories was the first time I met our owner. I was just hired and settling into my new office when I heard one of our salespeople greet a gentleman who was wearing overalls. For some reason, my first instinct was that this man was here to clean the windows. I immediately started clearing off my windowsills so he could do his job. Then I heard someone say “Hi Dick, how are you?” and immediately I knew this man wasn’t here to clean the windows. I quickly put everything back and stood up to introduce myself to the owner, Dick Abrams.”

“Another great memory was hiring the #1 and #3 salesperson from a national competitor. One day, I got a call from the #3 salesperson who was interested in working at WCP. After turning down an initial offer, eventually, they accepted a position at WCP and shortly after that, the #1 person followed and joined our team. Both of those people were a huge hire for our team. I remember that moment was a confidence booster and we felt like we had assembled a top-tier sales team.”

Brian’s favorite part of working at WCP Solutions is the people – customers, employees, and partners who he has developed relationships with and will miss dearly in retirement. Although, he promises to stay in contact and maintain the relationships he’s built throughout the years as much as possible.

“I’ve known Brian for 30 years. Here at WCP, his impact has been truly remarkable with 17 consecutive years of growth. Outside of work, Brian coaches youth soccer. He has the most state championships in Washington State Youth Soccer History and two national championships. What he’s accomplished is simply amazing. We are grateful to have you, thank you Coach.”
Chris R. – Account Manager – Kent, WA

“Brian is one of the best examples of what WCP is all about, and the highest compliment I can give him is that he is a pro!! His easy-going demeanor and infectious attitude reflect what kind of a leader he is. Even though I’m not a member of his team, every time I’ve interacted with Brian he has always been helpful and treated me with respect.”
Jim D. – Operations Supervisor – Burlington, WA

“A true mentor and in some ways, like having a second father. The man always has your back, he really cares for you. His impact is unmeasurable.”
Mark C. – Merchandising Manager – Kent, WA

“His jokes and funny sayings are a staple around here and he sure has had a huge hand in building the camaraderie we have here in Kent. We wouldn’t be where we are today without his incredible sales leadership.”
Laurie W. – Customer Service Manager – Kent, WA

“With his passion for and knowledge of the business, not to mention charisma by the boatload, he has been a huge reason for my success here at WCP!”
Jessie B. – Account Manager – Kent

“Brian is a vibrant and passionate individual. He has a natural ability to recognize talent in people. With his endless enthusiasm, leadership, coaching, focus on relationships and desire for mutual success, Brian has constructed a winning business team. Thank you, Brian, for enriching the lives of many people.”
Mary H. – Sales Administration Manager – Kent, WA

“His team respects him and follows him day in and day out to take care of our customers and make WCP a great company. Brian is a mentor of mine and I have learned a lot from him over the years working with him.”
Chuck H. – Operations Manager – Kent, WA

Editor’s note: We received so many compliments from his co-workers, we weren’t able to publish them all. We’ve passed them all along to Brian to read.

Learn more about WCP and our history of customer service by visiting our about page.
Want to work alongside Brian and the rest of our team? Visit the Career Center.